The day I was introduced to energy lines changed my life.

It was a clear summer’s day, the heat moderated by a cool afternoon breeze. We journeyed as a group of four to a raised arc of land in between Oxford Falls and Red Hill , less than 35km from the heart of Sydney . As we moved up the incline, I found myself stimulated with expectation about what the experience of energy lines may be like. It was a beautiful place – I had been here more than ten times, gazing in wonder at the indigenous rock carvings or looking out to the distant hills of the surrounding areas – being afforded an almost 360 degree view. As we reached the top, I looked around, feeling the heavy and nourishing currents of the area’s sandstone, sensing the strong indigenous presence. The Australian natives had a living presence in the north of Sydney until the 1960s. Journeys into the bush with our guide, an Anglo-Aussie friend of mine local to this area, were always filled with the deep transcendence that marked the letting go of the self. He often spoke of the heart, saying that it was at the centre of everything; the source of our true being and true relationship with that which surrounds us. Soon I would have to be a witness to myself. I knew this.

I first watched as my partner merged with a line – a place of strong energetic activity where the magnetic current pulled out to another place in the distance. As I would soon learn, not all lines were ‘lines’ as such. As she followed the guide’s instructions, her eyes widened and her body relaxed. She seemed to encompass something altogether greater than herself. Then it was my turn. “Sit here on this rock and face that distant ridge”, said our guide. “You will probably be able to feel a sensation of subtle pulling or magnetism extending outward from where you are sitting and connecting with that distant point.” I did as he asked, amazed that what he said was true – and it was so strong! I was being pulled down into the rock and outward, both at once. The distant ridge seemed to beckon to me in the most primordial sense. It was like teleportation but I still felt extremely centred and in my body. It presented me with an experience that transcended all such spatial distinctions. With the lines there is a sense of energy being directed by intent, of envelopment by Earth, of being held by the Great Mother spirit herself. It is being impelled by Earth’s latent magnetism, pressured by a particular and special form of stored gravity within Earth’s etheric field.

As we walked to our next destination, our guide answered some of my questions about what we had just experienced. In all, we had done five different types of ‘lines’. For one, I wanted to know how something that felt like a cocooning bubble when you accessed it could be called a ‘line’? This was because our perception is used to thinking in a linear way. As he informed me, they are actually more like energetic functions of the earth that can be described as folds or etheric currents in space; currents that allow a person to access different bio-spiritual energies relevant to evolution and consciousness. All of this satisfied my question. But I also wanted to know how many of them there were. “Well, they are everywhere”, he answered. “In all, there is a vast amount of lines, but the ones that we find are strong enough to be felt energetically in the whole body and powerful enough to merge with when focused on.” And were they discovered by the Australian Aborigines? “Well, that’s a mystery”, he answered, “I believe they did… at least on this land. It is true that all indigenous cultures across the planet were definitely down with anything to do with the spirit of the Earth. The only way to verify that would be to speak with their elders.”

We had now arrived at a spot overlooking the waters of Bantry Reserve. We were on shrubby and rocky earth overlooking a valley and distant waters. I went through a couple of different lines, noticing the subtle differences in quality between here and where we had been. Then my friend directed me to a split line. Similar to the teleporting lines, split lines involve gazing at a distant objects; a cliff face, ridge, hill, island or rock. With these types of lines two different objects are viewed, one a little to your left, one a little to your right. I was informed that this type of line was particularly challenging to me and my particular constitution. “If you are able to sense it”, said our guide, “sit with it and observe the difficult sensation as you breathe. Allow yourself to become absorbed by the feeling and this in turn will allow energy to shift.” As I followed his guidance, my union with the line deepened. “It is an electromagnetic union between yourself and the line”, he said, “which is Earth spirit. This union is one of completion and selflessness. Like meditation.” I seemed to pass something. It appeared as a blur in my field of vision, close to my body, dissipating as I continued to breathe. I immediately felt clearer. It was amazing! Now that the blockage was gone I merged with the line to such an extent that it seemed no one was sitting there! I slowly came out of the deep meditative state and my body felt buzzing and alive. I could sense that much more energy had become available to me.

The energy lines are similar to ley lines, the earth’s electromagnetic currents, but are smaller and more pervasive, like fibres crisscrossing in all directions all over Earth. Although they exist everywhere, there is a tendency for the stronger and more easily noticeable lines to be found around rocks and high places. They exist on a number of levels in male and female polarities, each corresponding to the distinct nature of the local areas in which they are found. But within all this diversity there is a consistency of five main types – types which, neatly enough, correspond to the 5 element theory of Traditional Chinese Medicine (TCM). Each type of line strengthens the core essence of a different elemental signature in our bio-spiritual anatomy. By connecting to one of the different energy lines, you are able to bathe in that particular elemental signature, thus strengthening the flow of that energy within you. The liver-wood lines are those which travel in a straight line into the distance, often (though not always) to a distant object. The split energy lines correspond to the heart-fire element. Spleen-earth lines feel like a cocooning bubble of energy that enables your awareness to become a single sphere of perception. Lung-metal lines are descending lines, and are prominent on cliffs where there are large drops of space, but can also be found in other areas. They give you a feeling of ‘coming down’ into the centre the earth. Often found on rocks, kidney-water lines are rising in nature, making one feel very tall and full of vitality.

My apprenticeship in Australia’s ancient energy lines has been an integral part of deepening my ongoing spiritual journey, one that began for me in my teen years. When practising with the lines, I find that they change my perceptual awareness on a core level, beckoning me into a state of selfless trust that transcends the often distorted mindset of modern times. Engaging with them I am always brought to a state of centred honesty – that of the heart. In truth, we as human beings are not at all separate from Earth – we are all unified spiritually. Energy lines assist in re-awakening that unity, reminding us that unity is not an idea or a concept, but a state of being. 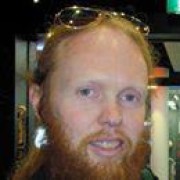 Chris-James Melchizedek is an author, trickster, actor and musician. He lives in Woolgoolga, on the Coffs Coast of New South Wales. The books Repossession of our Spirit: traditional owners of Northern Sydney by Dennis Foley and Aboriginal Men of High Degree: Initiation and Sorcery in the World's Oldest Tradition by E.P. Elkin are good references for Aboriginal shamanism.